Posted by Davey D
Saturday brought us an grand kickoff to proper summer heat and hoolaganing on two wheels, an experience that's left me sweaty and tired and a little bit proud, but mostly I'm eagerly anticipating the things to come from this kickass little city. The Heart of Darkness Alleycat was a force to be reckoned with, and from 6:00 pm until late it dominated the city in its crusade for carnage and culture on the backstreets of SLC.

For me, the alleycat started fraught with last-minute scrambles: organizing the stop volunteers, baking cookies, buying beers, stashing bike parts. All went well thanks to the amazing efforts of our dozen volunteers.

I rolled up to the alleyway north of the gallivan and met 7-8 racers. They were quiet and maybe a little grumpy to be held up, but looked ready to race. I was a little disappointed to see so few people, but thought more would show up. I said hi and nipped across the street, where I guy I hadn't met before was sitting on a fix in front of the skating rink. "Are you meeting over there for the alleycat?" I asked, nodding towards the 8 people. He looked up, confused. "No, they're meeting up the other alley," he said, "I'll be over in a second." Huh?

I poked my head around the corner of Plum Alley, and met a sight straight out of a mind f**k co-directed by Sheldon Brown, Peter Jackson, and that guy who choreographed Quicksilver. Little plum alley, with its steep brick walls and adjacent carpark, was teeming with ripped and ready cyclists. 60 people showed up to race, and plenty more to spectate. Let the games begin.

Thanks to Derek Nielson for the photos

I'll let someone else tell the story of the race itself, as I wasn't privy to it, but I can tell you that as an organizer, in that opening moment where I saw all those crazy fixers (and racers, and tandems, and mountanbikers, and tallbikes) amped up and ready to rip through the streets of salt lake, my expectations for what this two-wheeled community can achieve were blown away. You rock. We rock. Let's do it again sometime.

I remember Chris Ginzton screaming into Disorderly for the win on a single speed at something like 40 minutes, a full 10 minutes faster than I did the course the night before, with the frame of the freak-bike balanced across his handlebars. And Phillip Mate's tale of woe where he got a freak-bike cable caught in his front wheel, causing him to flip spectacularly and win the helmet prize of Most Accident Prone, courtesy of Cyclesmith. J.J. of LMI got second, Colin Roe Ledbetter third in his first Alleycat. Adam with curly red hair was first fixed in 4th place.

Tate L. brought two friends with him from Vegas to race, and I accidentally gave Tim a wrong starting manifest but he still completed the entire race. Then there were Keifer and Diego, who paid to enter and then won best non-racers, for doing the whole course two-up on a 50cc 4 stroke scooter. Followed by water, cookies, tricking (including that cool guy from Saturday Cycles on a tandem) and an epic bout of foot down at Disorderly House for the finish.

Thanks too of course to Disorderly House, they went far beyond in hosting and providing the racers with water, and all of us with a place to party.

And keep riding all, that was awesome.
Tweet
Pin It

What are your thoughts?

SaltCycle is a community of people who love bikes, dedicated to promoting and reporting progress in urban cycling in Salt Lake City, Utah. We seek to provide information about new infrastructure, events, and resources, as well as a place for all to express their views and desires. 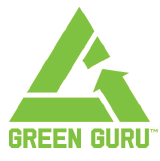 U of U Bicycle Collective